Possessing the largest urban park system in the United States, the City of Jacksonville offers outdoor amenities that many are unfamiliar with. These amenities include recreational opportunities, historical sites, and ecological wonders. To promote the use of these parks, and to bring awareness to the natural habitats that coexist within them, the Public Trust Environmental Legal Institute of Florida envisioned a project that would highlight what makes these parks so “special.” Over the span of 2016, Sean Lahav, a project leader in the Environmental Leadership Program, set out to explore, film, and document the city, state, and national parks of Duval County, Florida. With an iPhone 6s in hand, Sean produced, narrated, and edited a 20–episode film series titled, “Exploring Northeast Florida’s Special Places.” 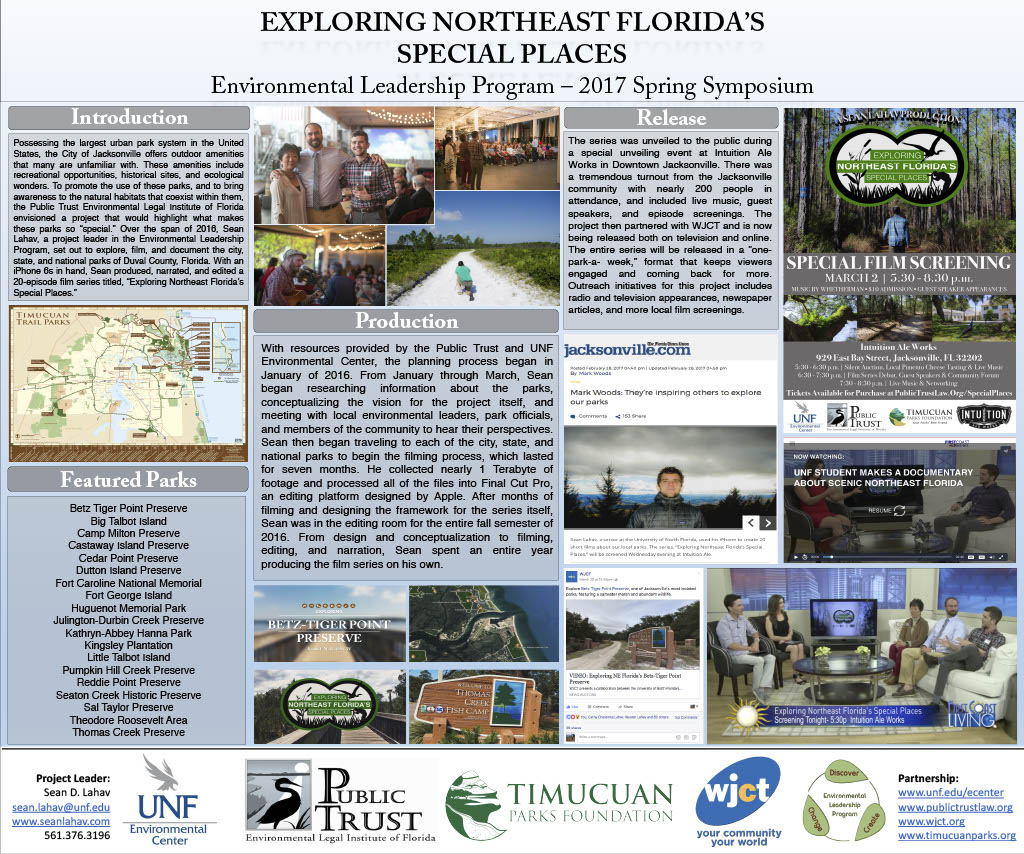